When a faulty time coil destroys her ship, test pilot Lieutenant Anaya Chapman awakens with no memory of the accident and no identity. Haunted by dark images from her past, she finds herself the reluctant guest of a local tavern owner on the Colonies – a small planetary settlement of old-fashioned expatriates with a thriving intergalactic tourist trade.

Tavern owner Captain John Galeas buried his wife and then his career when he didn’t return to his home planet. Rumors of John’s past continue to swirl when a beautiful stranger with a missing memory shows up on his doorstep. Anaya’s past is as murky as John’s future. The stakes turn deadly when Anaya’s true identity is revealed, and John’s former underworld associates return, bent on revenge.

John and Anaya must settle old business or risk losing their future—one that may still destroy Anaya’s chance at a new beginning. 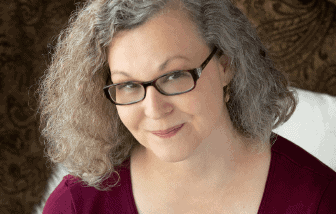 I picked up a copy of Siren’s Cove the day it was released. A few days before, I interviewed the author, Sara Judson Brown, about the new book. I couldn’t wait to read it.

It took two late evenings to finish one of the best sci-fi books of the year. Although set as a time-travel story, time travel merely sets up the story arc and has very little to do with the novel itself.

The author crafts the plot and characters of Siren’s Cove into a masterful tale that reminded me of Jane Eyre, based on the complex development of Anaya Chapman and John Galeas’s relationship.

Almost entirely focused on the after-effects of Anaya’s accident during her initial flight of a new time ship, Siren’s Cove is a slow-burn novel that progresses along with Anaya’s or Ann’s recovery and newfound life. Her new life exists in Siren’s Cove, a tourist destination similar to Westworld, where Ann spends time recovering at a tavern owned by John Galeas.

As the romantic tension rises between Ann and John, so does the drama of both of their pasts. Ann ultimately needs to return to her home planet to face questioning resulting from the crash that upended her life. On the other hand, John has a past that puts his, Ann’s, and others’ lives in jeopardy.

I’m excited Siren’s Cove is the first book in a trilogy because I look forward to the next adventure.

Pick up a copy for yourself on Amazon!

Buy it on Amazon

This site uses Akismet to reduce spam. Learn how your comment data is processed.

Any cookies that may not be particularly necessary for the website to function and is used specifically to collect user personal data via analytics, ads, other embedded contents are termed as non-necessary cookies. It is mandatory to procure user consent prior to running these cookies on your website.

SAVE & ACCEPT
Send this to a friend